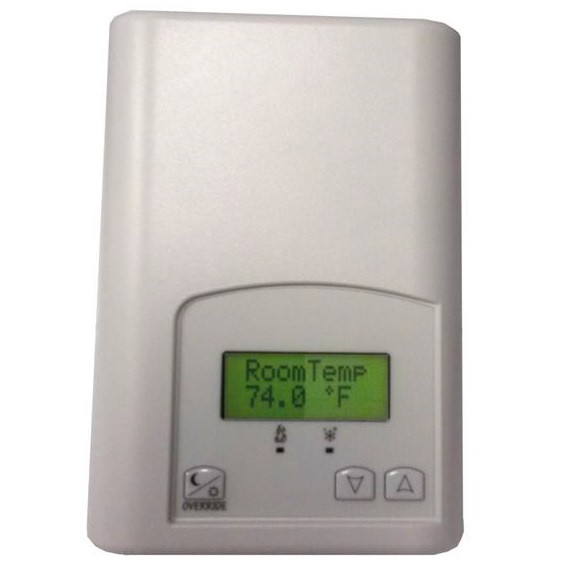 The Heat / Cool T-720 A includes a changeover Duct Sensor. Sensor should be installed in the main supply trunk in a free air flow section. The T-720 B is for cooling only applications.

The thermostat measures room temperature and adjusts the damper to provide an appropriate amount of air depending on the distance to set-point. It initially opens the damper wide - then starts to close the damper as the temperature approaches set-point. This reduces overheating or cooling.